led by Maitreyi and Padmasuri

This retreat is the second of an invitation to women who were ordained during the Covid times of (2020/2021) and to those who were booked onto the original retreat which was planned for 2020. There are a few spaces still available so please contact the community if you are interested. 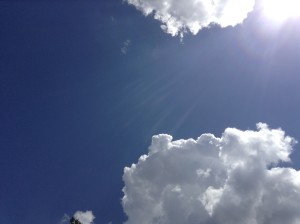 The Six Element and Sadhana retreat is the outcome of a long-standing wish to take these Insight practices deeper in the supremely conducive elemental environment of Akasavana. Both Padmasuri and Maitreyi have led the Six Element practice often on ordination retreats and elsewhere and want to devote a longer period to explore the depths to which the practice can take us; with the loosening of self clinging and an opening to something far more vast and mysterious out of which the Buddhas and Bodhisattvas of our sadhana practices can emerge.

We will be introducing different ways of approaching the practice, including some initial study of the Dhatu-Vibhanga sutta, in which the Buddha teaches Pukkusati, to reflect on earth, water, fire, air, space and consciousness, “both internal and external, as it actually is, with proper wisdom,” so that we can bring clear view to our sitting practice. We’ll also be engaging with the mystery of the elements, which in the Tibetan tradition are referred to as the Maha Bhutas, ‘Great Ghosts’ or ‘Great Magical Transformations’ both in sitting practice and in the expansive environment of Akashavana. And each day turning towards the experience of the elements in our bodies and in the universe, and letting go any sense of ownership; out of which can emerge a deep sense of release, freedom and contentment.

There will be periods of full silence on the retreat, time for personal reflection, puja and devotion, options for meditation reviews, and plenty of space for exploring and relaxing into the magical realm of Akashavana and the Mandala of the Five Buddhas.

cost: €TBC Due to rising costs, we will be increasing our retreat rates in 2023. We will keep the increase as low as we can and will publish the new rates as soon as they have been confirmed.

Once you have booked we will let you know the cost in £ sterling 6 weeks prior to the start date of the retreat. 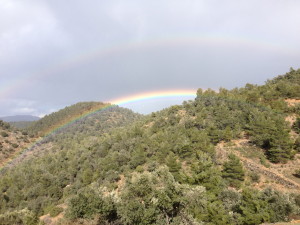 THE JOY OF LIBERATION THROUGH AWARENESS

The retreat will be in English.

In the wildness and beauty of the mountains of Aragon, Vajradevi & Prasadavati will share their love of the Satipatthana Sutta and the rich array of teachings and approaches to meditation and wisdom within it. Our aim is to use mindfulness in the service of liberation through the practice of awareness and right view, in such a way that reveals the joy, depth and clarity available to us.

The emphasis in meditation will be receptive and attentive, meeting the present moment with a radical tenderness where subtle awareness and clear seeing mean the possibility of wisdom is always present. There will be a particular emphasis on the ways self-clinging manifest in our experience and exploring compassionate awareness & right view in relation to the lakshanas.

The retreat will take in the needs of the participants balancing input with periods of unstructured practice. We will be in silence throughout most of the retreat, with opportunities for questions and to share our practice.

cost: Due to rising costs, we will be increasing our retreat rates in 2023. We will keep the increase as low as we can and will publish the new rates as soon as they have been confirmed.

Sterling rate to be advised nearer the time of the retreat

Vajradevi: “I was ordained in 1995 and six months later signed up to help create what eventually became Akashavana. I’ve been drawing from the Satipatthana Sutta in my own practice, and then teaching, for 25 years. Awareness as a path to wisdom is a deep bedrock in my life during the wonderful and the difficult times. I love the wildness of the mountains where I feel free, and practice becomes more in line with reality.”

Prasadavati: “I met the Dharma in my early twenties in West London. Shortly afterwards I moved to Germany, where I’ve lived ever since. After my ordination in 1995 it was clear that we needed a centre in our local town, Minden, so that became my main focus for many years. Discovering the Satipatthana Sutta while supporting a long meditation retreat transformed a general interest in mindfulness into a revelation of mindfulness in the service of liberation. It was as if a door to the very heart of the Dharma had been opened. 17 years later I’m still studying and practising this core teaching, exploring ways to communicate its potential to reveal the truth of the Dharma in direct experience – ways that address the whole of our being, the whole of experience with kindness, playfulness, relaxation and joy.”